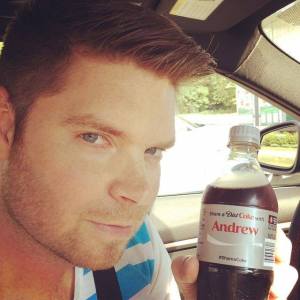 What’s up everybody? My online name is Rad! and I’m a car enthusiast, although that was not always the case. Until around 2007 I could barely even change my own oil. It wasn’t until my S14 240sx, my pride and joy, started to burn oil after 11 years of service and 130,000 miles that I started to learn more about cars.

However, I almost didn’t even get a 240sx because I could only afford a Honda Civic at the time. That’s when my dad said he would rather that I have the 240sx because he thought it was a better car and helped me out. I suppose this kind gesture really stuck with me, because when the car started to fail my first thought was how do I fix this vs. time to get another car.

As I started looking around for a replacement engine, I quickly realized that buying a new motor from Nissan was not going to be cheap. Other commercial options, like TopHat KA longblocks, were out of my price range at the time. My mechanic at the time was not into the tuner scene, so the thought of rebuilding an engine seemed like an expensive and daunting task to him and he steered me away from that. This is when my colleague introduced me to a local shop owner and he suggested doing an SR swap. The SR swap somehow ended up turning into an R32 RB20DET swap. Without going into all of the details, this swap ended poorly after just a few months. The engine was not freshened up and was in poor shape, and a busted heater hose and a bad choice to try and limp the car to the next exit resulted in a blown motor.

I began a search for a 3rd motor, and this time I decided on a shiny R33 S2 RB25DET that I found on Ebay with a bundle of goodies for around $5,000. Well, it turns out that the engine was misrepresented as being built when really it was stock internals and it had bent valves. The Garrett GT35 turbo that it supposedly came with was actually a China knock-off. The list of problems goes on and on, and the person who sold it to me declared bankruptcy and went to jail shortly after for some unrelated issue. I had hit yet another bit of bad luck.

I decided to build the motor, and with some help from a local shop I selected several quality parts and a local machine shop did a great job on refurbishing the engine and preparing it for the build. Unfortunately, as a car novice and somebody who had yet to learn patience I started bouncing from one shop to the next in hopes of getting things done a little quicker. This was the first time in 11 years I had been without my car. Keep in mind that there were about 5 months of downtime between the RB20DET catastrophe and the RB25DET build kick-off. I finally ended up getting the car running again, and after a few months of back and forth tuning and re-tweaking small issues it was running pretty solid.

It would be about a year before my Bullseye Power S362 turbo blew a seal, and that’s when I would tear down the engine for the first time by myself and replace the camshafts, water pump, turbo, fuel filter, throttle body, cam wheels, modify the exhaust, do the LS2 truck coil swap, and redo the entire harness wiring. Now I felt like I really finally understood the car! From this point forward, I’ve performed all of my own upgrades except for some small fabrication work and assistance with dyno tuning. Although, I’m actually fairly proficient now in doing my own AEM EMS tuning now that I’ve had some experience and read a few books on the topic.

So, the journey has been a long one. My original power goal was 550rwhp. I recently hit 534rwhp on a “heart breaker” dyno dynamics. I suppose this is “close enough” for now, but there is always more power to be made.

If this story sounds familiar to you, then I hope you can salvage your project like I did mine. If you’re thinking about doing an engine swap, I hope you can learn from my mistakes and avoid some common problems people face along the way. And finally, I hope you enjoy this website.